Download the KICKS Mobile App to Listen, Win, and Keep Up With Everything Local

The concert is part of a campaign to bring awareness to the opioid crisis, which has lead to thousands of accidental drug overdose deaths in Connecticut since 2012.

According to wtnh.com, who serves as a co-sponsor on the show, the goal of the concert is to make people of all walks of life fighting this epidemic understand that they are not alone.

The statistics are mounting, and according to the state’s Chief Medical Examiner James Gill, by the end of the year, close to 1,100 people here in Connecticut will die of an accidental drug overdose.

Along with the concert, there will be a massive media campaign that will include public service announcements by state and national celebrities aimed at encouraging those suffering with the disorder to seek treatment by offering options and information.

Proceeds from the concert will go to the CT Realtors Foundation to provide charitable grants to organizations in Connecticut addressing the opioid crisis.

Keith Urban is a four-time Grammy Award winner, was named 2018 Entertainer of the year by the Academy of Country Music and Country Music Association, he’s charted 16 number one hits, and 38 Top 10s. Most recently, he performed at the Taste Of Country Music Festival back in June at Hunter Mountain.

Tickets go on sale on Wednesday (September 25th) at Ticketmaster.com or at the Mohegan Sun box office.

For more information on how you can help fight Connecticut’s opioid epidemic or if you would like to donate visit CTRecovers.com.

Kenny Rogers Has Passed Away at 81

Tom Brady Announces He Will Not Return To Patriots

The Wonders Of Disinfecting Your Phone

Best of the Web

Sign up to get exclusive access to WRRV Underground events, contests, coupons, giveaways, presales and much more! 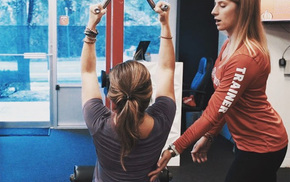 Certificate for One Month of Group Training at Pure Physique

It appears that you already have an account created within our VIP network of sites on . To keep your personal information safe, we need to verify that it's really you. To activate your account, please confirm your password. When you have confirmed your password, you will be able to log in through Facebook on both sites.

*Please note that your prizes and activities will not be shared between programs within our VIP network.

It appears that you already have an account on this site associated with . To connect your existing account just click on the account activation button below. You will maintain your existing VIP profile. After you do this, you will be able to always log in to http://kicks1055.com using your original account information.

*Please note that your prizes and activities will not be shared between programs within our VIP network.

Please fill out the information below to help us provide you a better experience.

Sign up to have exclusive KICKS 105.5 contests, events, coupons, presales, and much more delivered to you for FREE.
Like Us on Facebook
KICKS 105.5 brought to you by:

Thank you for your request.